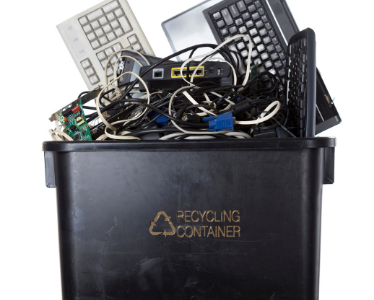 Over two years after roll out, program is still at 98% and above on strict compliance measures

With 84,000 cable employees in 39 states, nothing Comcast does on a national scale is small. That includes taking steps to be kinder to the environment. Comcast believes its 2014 recycling effort, the National Recycling Program (NRP), was the industry’s “most ambitious environmental project” of the year. NRP is an enterprise-level program that diverts electronic waste generated by field and warehouse operations away from conventional waste streams.

The program aimed to simplify the MSO’s recycling effort, yet it was approached with the care, planning and precision of rolling out a sophisticated piece of technology. In fact, NRP’s life began similarly to that of many Comcast products, beginning with a one-month pilot effort in small markets in each of the MSO’s three divisions.

Comcast is a national leader in telecommunications and a member of the Fortune 100. An ambitious company with a national footprint, Comcast possesses the unique opportunity to stand out from its competitors through environmental responsibility. The problem was they needed an enterprise-level program that diverts electronic waste generated by field and warehouse operations away from conventional waste streams. Corporate leadership knew they had one chance for success and a tight timeline for implementation.

NRP was an enterprise-wide change management effort that included all field fulfillment offices to change the way they disposed of recyclable electronics such as taps, splitters, amps, and nodes, as well as fiber optic cable and power cords. The project required several key elements to ensure its success: planning, inventory distribution, reverse-logistics, employee adoption, assessment and overall implementation. At each level of NRP, the Greencastle team was there to lead implementation and drive toward overall success.

The partnership between Greencastle and Comcast led to NRP’s full implementation, 50% ahead of the original project timeline. Within three months of full program launch, the average compliance rate nationwide was over 98%. Within one year of the program’s launch, Comcast field fulfillment offices diverted over one million pounds of cables and power cords and over 200 thousand pounds of various electronics from municipal waste landfills. This effort created a successful and self-sustained model that is not only pioneering, but offers a continuous, significant and positive impact on the environment and community.

Building a national program from scratch…

To ensure implementation in the field, Greencastle assigned a team of 13 project managers to assist in the field-level planning and to partner with local Environmental, Health & Safety representatives in launching and assessing the program in 440 field fulfillment offices nationwide. The Greencastle team assisted with ordering and coordinating the delivery of all necessary program equipment, including color coded trash collection bins and their respective signage, educational pamphlets, and employee promotional materials such as hats and t-shirts. This joint effort in the field complimented the leadership functions at headquarters to maintain communication and drive the project forward.

To help build a reverse-logistics network, Greencastle worked closely with Comcast’s partners to connect local-haulers, inventory-staging crossdocks and national recycling vendors. This network was crucial to consolidate and deliver project inventory, collect containers full of recyclable materials, sort and transfer those materials, ship them to national recycling centers and then return containers to their designated users. The installation, oversight and occasional trouble-shooting of this network was critical to continued project success.

Employee adoption was another key aspect to the program and was a necessity to ultimately achieve program self-sustainability. Greencastle helped build the training program and made contact with leadership at every level of the enterprise to set the project up for success from the beginning. Each project manager, along with local Comcast EHS teams, physically launched the program, which required providing classes to all field and warehouse employees explaining the program and its standards, setting up the bins on-site with an optimal work flow for the field techs, and assisting on-site leadership in identifying stakeholders and key roles and responsibilities.

In addition to the physical launch, the Greencastle team conducted follow-up visits to each site to assess compliance with the program standards and objectives, providing additional education and logistics troubleshooting when and where necessary to fine tune the program. Greencastle’s assessment efforts and continued presence within NRP allowed for consistent communication, quick and effective corrective action when necessary and, most importantly, unprecedented levels of rapid and successful implementation.