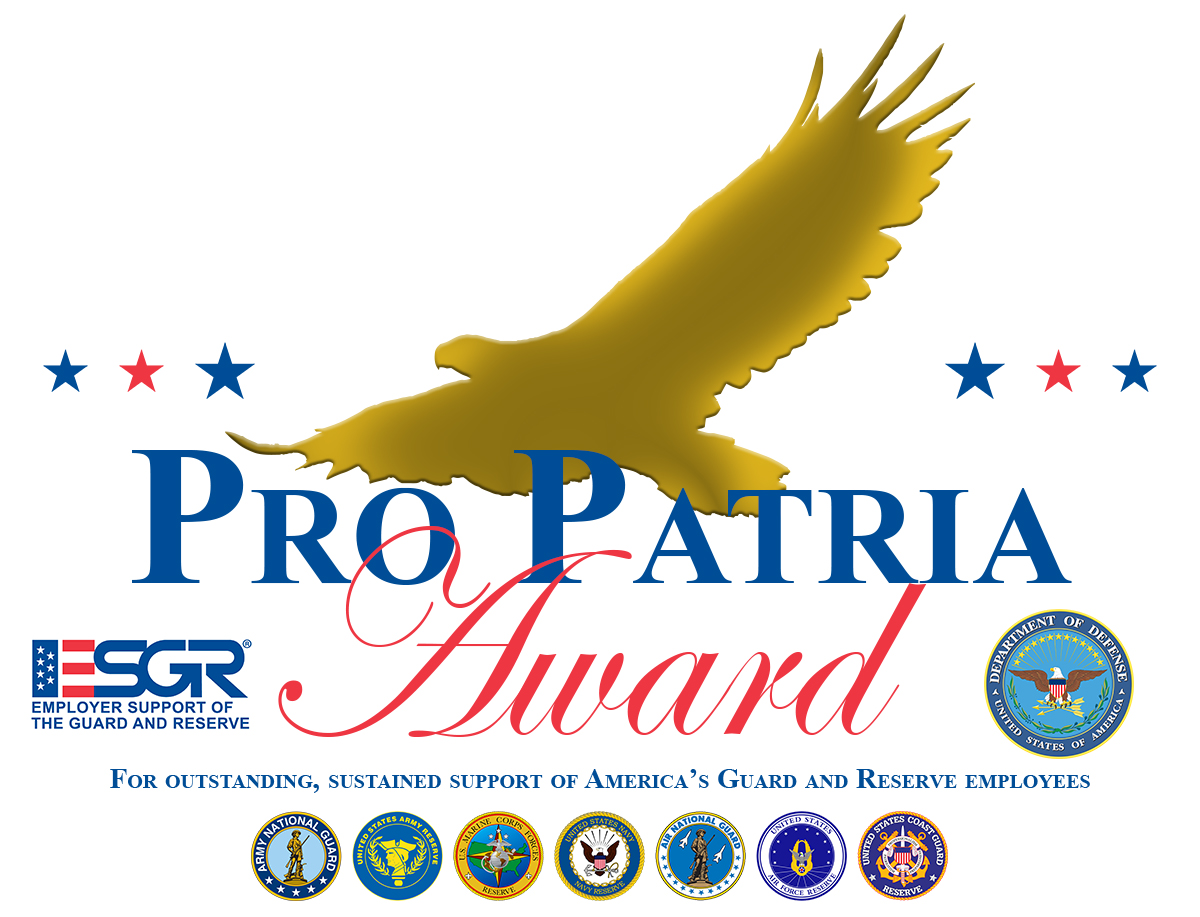 On May 8th, 2015, Greencastle Associates Consulting was recognized by the Pennsylvania Employer Support of the Guard and Reserve (ESGR) with the “Pro Patria Award” for its outstanding support of Military Reservists and National Guardsmen who are called to service and need support from their  employer to fulfill their military obligations. This is the highest award bestowed by Pennsylvania’s ESGR committee.

This is the fourth time that Greencastle has been recognized by ESGR. Greencastle has also earned the “Patriotic Employer,” “Above and Beyond” and the “Seven Seals Awards.”

Greencastle Associates Consulting is a 100% veteran-owned company and military personnel make up 96% of its employees. Over 18 years of consulting for large and small companies, Greencastle has hired and supported veterans, guardsmen and reservists.

Greencastle was nominated for the award by multiple employees including Troy Beane, a Greencastle Senior Management Consultant and Captain in the PA Army National Guard.

“Greencastle is a great example of a company that not only states their support for veterans, Guardsmen and Reservists, but puts policies and procedures in place to provide support and peace of mind while performing our military obligations.

It was comforting to know that my job was safe while I was called up to active duty. During stressful deployments, it is great not having to worry about whether or not my employer will keep my position open for my return.”

Celwyn Evans, a Greencastle founder and Senior Partner, accepted the award on the firm’s behalf. He says that part of what makes Greencastle a unique professional services firm is its close tie to military service. 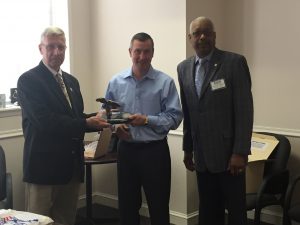 “Greencastle has seen tremendous success by hiring and supporting Guard and Reserve personnel since we started in 1997. Our clients recognize us as a premier implementation firm because we hire exceptionally talented personnel that exhibit leadership qualities.”

Greencastle is a 100% veteran owned company and 96% of its employees are veterans. Greencastle Associates Consulting is recognized as the ‘go-to’ firm for the implementation of critical initiatives. We maximize change initiatives for our clients by leveraging our military and professional leadership and the values of our company. Founded by U.S. Army Rangers in 1997, Greencastle specializes in bringing a sense of purpose to the task of furthering the missions of our clients.

About ESGR: ESGR’s Pro Patria Award is presented annually by each ESGR State Committee to one small, one large and one public sector employer in their state or territory.  Recipients have demonstrated the greatest support to Guard and Reserve employees through their leadership and practices, including adopting personnel policies that make it easier for employees to participate in the National Guard and Reserves. This is the highest level award that may be bestowed by a state ESGR committee. Employer Support of the Guard and Reserve (ESGR) is a Department of Defense agency established in 1972 that seeks to promote a culture in which all American employers support and value the military service of their employees. ESGR recognizes outstanding support, increases awareness of the law, and resolves conflicts through mediation. More information is available at www.esgr.mil.