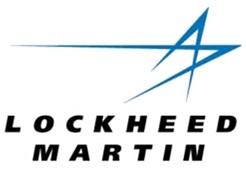 In 2000, Lockheed Martin (LM)Lockheed Martin (LM) embarked on a six-month scheduling restructure for its Missile Dismantlement Program. To accomplish this, the company engaged a design and implementation team from Greencastle Consulting to facilitate Program Control Integration (PCI) by identifying key performance indicators and manifesting them via a streamlined schedule update process.

The team had three goals in mind: to efficiently allocate resources for currently planned activities, to fulfill contractual obligations and reporting requirements, and to measure progress and control action in an energetic program environment. The way they went about achieving the first goal was to examine data provided by LM’s human resources department. A custom-designed metric for effective personnel distribution coupled with a real-time schedule updater was developed to save time and energy from HR upper-management and project controllers, thus freeing up cross-project talent.

Their second step was to analyze the Department of Defense contract and to identify the client’s terms of completion. Using data from previous government contracts, Greencastle found several ways to improve the process of receiving and synthesizing completion reports, and delegating schedule hours to those who were most important to reviewing and finalizing those documents. As the client’s definition of success relied heavily on cost accounting with respect to its budget, the Cost Performance Report (CPR) was used as a primary means to communicate program progress in financial terms.

The last movement was to create a means by which progress could be measured, both internally and against other DOD projects, within the new streamlined process. By implementing the schedule updating process, personnel were able to align activities and responsibilities alongside a rapidly-changing, dynamic program. Able to rely on a networked environment, the process succeeded in creating a controlled schedule which could be easily disseminated.

Greencastle’s success with the Missile Dismantlement Program scheduling effort was reproduced and built upon by Lockheed Martin for many of its future contracts, both in the private and public sectors.