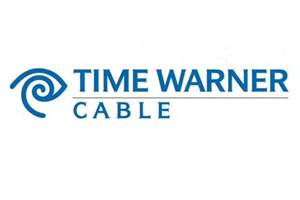 Many of the resources required to meet the growing demands of Time Warner Cable’s product development and implementation program already existed within the organization, but an initial assessment by Greencastle Consulting discovered that the resources were dispersed across corporate support groups without the necessary structures and processes in place to effectively coordinate these assets. Without a single focal point for end-to-end product portfolio management, new product initiatives were predisposed to significant risk of failure from the start.

In 2002, Time Warner Cable sought to remedy this with the assistance of Greencastle, who identified many early symptoms of product demands exceeding the organization’s capability to develop them properly. With communication challenges between departments and disproportionate levels of stakeholder participation, the process could not be improved without the undertaking of significant rework in design, development and implementation of a more cohesive planning stage.

Research showed that many resources were being wasted during development because a larger framework was not previously established to handle the new products’ expected trajectories. Elements of “over-the-wall” development were still in place, preventing effective interdepartmental communication between parties at different stages along the product release schedule. It was necessary to break downthe “walls” and implement a project-centered governance structure, headed by a multidisciplinary project team, to provide insight at key points in the product’s pre-release lifecycle.

Another battle was ensuring that products would follow a true schedule, effectively getting to market on time. In industries such as electronics and — in Time Warner’s case, cable — a six-month release delay, or “Time to Market,” would translate to a later break-even point, resulting in an eventual loss of as much as 33% of a given product’s lifecycle profit. Along with the newly designed development communication method, it was imperative that Greencastle address TWC’s persistent technical challenges and recommend a staffing structure to identify those issues at the correct phase(s) and allow the evolution of the product to advance more quickly and without the burden of technical issues.

Looking once more to interdepartmental collaboration, the team “zoomed out” and looked at ways that product development could maximize efficiency by culling efforts from a company-wide, end-to-end product realization methodology. Marketing, customer service, billing, etc. — each department was empowered to contribute information about developing products to the centralized governance team. This built-in feedback structure not only helped create a more informed product, but also reduced wasted time in the later stages of pre-release testing and implementation.

Greencastle’s way of addressing the system of a product’s development led to an increase of early stage planning and resulted in far less time being spent reworking development and implementation agendas. With TWC’s growing product portfolio, this became the focal point for coordinating new product efforts. The pilot demonstrated a significant decrease in time to launch a new service (up to 25%), and, upon the full rollout, increased senior leader confidence in getting new products to market in a timely manner.

With new business growth stemming from the product development overhaul, Time Warner Cable saw services that better addressed their customers’ needs which led to an earlier Break Even Point and subsequently new business growth. Process stakeholders commented as to the efficiency of the new process with respect to having the right people involved at the right time.